Interview to FRUSET RIKE in Friedhof Magazine by Arcadio Rodríguez. Thanks for the support!!!

Click on the image to read the interview (Spanish written).

Below the image you can read the full interview in English.

01. Fruset Rike is an unknown band in Spain. The band was formed in 2014. So do you combine Fruset Rike with any other band too?

Fruset Rike is an unknown band everywhere. It's also the only one we're active in at the moment.

02. “Skymningstid” is you first CD and it has a great appearance. Who has done the inside and outside illustrations?

Edu from Damnatio Ad Bestias is responsible for the layout of the CD. The centerfold is a photo we used as the cover for our first demo, taken by our friend Emma Lennartson. The illustration on the front was made by Ludvig Sandöe Ipsen from a book called "The Skeleton in Armor", from 1877.

03. “Skymningstid” is a summary of your two demos. The first one, “Konungsblot” was released the past 2016. Was it a demo made in physical format or the songs were only made to search a possible label? Do you have available copies?

Yes, cassette tapes were made for both the demos in the beginning. We used to hand them out at our gigs, other people's gigs and wherever people appeared susceptible.

04. The second demo “Vintergryning” from 2015 has also been included. Fifteen minutes of a different sound, more raw… Was the mastering of the songs changed before those were included in the CD or was it all left as how it was originally?

Nothing was changed from the original 2015 recordings. Recording the first one was a learning experience, and the difference between the two demos is simply the result of getting better at recording and playing. The philosophy is more or less the same.

We did think about it, but everything happend quickly once we got contacted by Damnatio Ad Bestias. We decided that the best course of action would be to use the already existing songs, as we didn't want to create anything in a rush. Sometimes, months after coming up with an idea, you realize it's actually not that strong. We didn't want that to happen.

06. Are the lyrics written in Swedish mandatory in Fruset Rike?

No, it just happened to be Swedish lyrics that came to us as we began writing. Since we only have songs written in Swedish at the moment, we've decided to do at least one album in Swedish. There are no rules as to what language we are allowed to use in this band though. It depends on what is right for the contents of the song.

07. There was a Bandcamp of the band, but it has disappeared. If we want to listen something of the band before buying the CD, where can we do it?

The Bandcamp is down temporarily but it will return. You can listen to it on the website of Damnatio Ad Bestias and on Youtube. If you have Spotify the demo is available there as well.

08. When a band has just started usually doesn’t generate much attention. If we write the name of a few well-known bands, we may get some interest from our readers. Do you wanna try to say five or six albums that you think are essential to understand the sound and influences of “Skymningstid”?

Early Bathory, Darkthrone and Burzum have been very inspirational. Also, ”De Mysteriis Dom Sathanas” by Mayhem, and ”The Secrets of the Black Arts” by Dark Funeral can surely be heard in our music. They all have a special sound and a feeling that we want to capture with Fruset Rike. The strength and aggression is there, and a particular eerie mood. Other influences come from early Death Metal like Hypocrisy and a lot of Thrash as well.

09. “Skymningstid” has been released by Damnatio Ad Bestias (Spain) and Atropos Productions (Spain). At the moment only CD or is there any possibility of another format?

At the moment the CD is the only format available for this release. Whether or not it will come in a different shape some other time is not possible to say at the moment.

10. How did you get in touch with the label Damnatio Ad Bestias? They are a young label and they are also very far from Sweden. How did you meet?

11. Usually Spain doesn’t «export» great bands. We are a country that we pay more attention to what is going on outside our border. But there are great bands in Sweden that make a huge influence to the rest of countries, quite the opposite to Spain. Even so, is there any of Fruset Rike that follow a Spanish band? What bands do you know from here?

12. Will there be upcoming releases by Fruset Rike? Although the releasing of “Skymningstid” still hot, do you have future plans in your minds?

Yes! Though we cant make any promises, we plan to begin recording our first proper album sometime during 2017. We are finishing up a lot of material now that we consider to be strong.

13. Will you make live appearances? Is Fruset Rike a studio band or live band?

Fruset Rike does play live, but we're a small band, and opportunities to play don't surface very often in this rural area where we're based. We have done a few gigs, and we hope to be able to expand and do more shows.

14. The farewell. Thanks for your time and if I forget something important, it is time for you to say it:

Thank you for the interview, and thanks to the readers! For contact or updates you can reach us through frusetrike@gmail.com or on Facebook page. 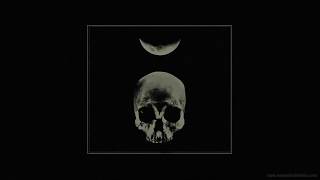 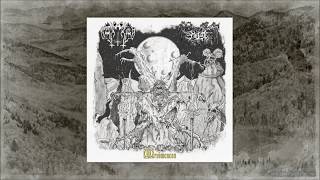 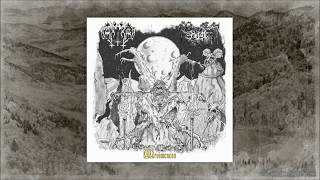 Interview to AMHRA in Friedhof Magazine 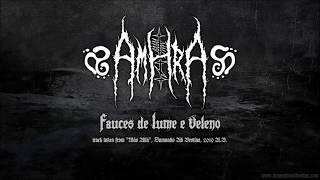 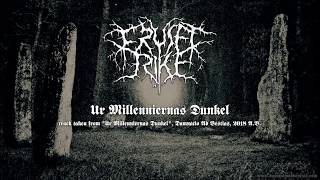